Prednisone is a steroid used to treat inflammatory conditions and allergies in cats. As with any drug, there are always risks involved when using Prednisone. The controversy surrounding the use of Prednisone in cats has caused many owners to ask “Can Prednisone kill a cat?”

“My cat was on prednisone for two months. She seemed to be doing well until the last two weeks of her life when her kidneys shut down and she lost control of her bowels. She became very weak, and could barely walk. I gave syringe feedings and kept her comfortable, but she died anyway. I feel like the prednisone killed her!”

“My cat started acting really strange after the first dose of prednisone. She started acting like she was drunk; stumbling around everywhere, falling off the couch, trying to jump on things but completely missing. I called the vet and he told me that this is normal for cats who have never been on steroids before, so don’t worry about it.”

“One of my cats had a severe allergic reaction to an unknown allergen. We rushed him to a pet hospital for treatment, and one of the medications the doctor prescribed was prednisone. I didn’t know much about prednisone at the time, but I know now that it’s a corticosteroid that’s used to relieve inflammation in the body. I thought it would save my cat’s life by helping him recover from his allergic reaction, but we soon learned that it had the opposite effect on him. He became increasingly lethargic over the next several days, and he eventually passed away due to what we believe was organ failure caused by prednisone toxicity.”

Can Prednisone kill a cat?

An adrenal crisis can occur when cats are suddenly taken off this drug or have their dosage lowered too rapidly. This can lead to a sudden lack of cortisol in the cat’s body and result in serious illness or death.

“My cat had been on prednisone before, and I knew it could cause serious side effects. But I gave it to him anyway, because I didn’t want him to suffer. After only two weeks on prednisone, my cat was no longer eating or drinking. He started having seizures, became incontinent, and started falling downstairs. He lost so much weight that his bones were sticking out of his skin. He could no longer walk or jump up on the couch like he used to. I brought him back to the vet and was told that he could be switched to another medication, but he might die from the withdrawal symptoms from the prednisone. He was hospitalized for a week in hopes of weaning him off the drug successfully, but his condition only worsened.”

Is prednisone toxic to cats?

Most of the time, prednisone does not pose any serious side effects for cats. It is a steroid that can be used for a variety of ailments, but it does have side effects. It is not recommended for long-term use in cats.

Long-term usage of prednisone can cause many serious side effects including increased susceptibility to infection, increased thirst and urination, fluid retention, excessive panting, hair loss, weight gain, and behavioral changes.

If you’ve just started prednisone for your pet, make sure you keep an eye on them over the next several days. If they have severe adverse reactions, then stop giving them prednisone and go see your veterinarian right away.

Prednisolone should not be administered to cats with liver or kidney disease. The medication is also relatively contraindicated in pregnant cats because it may cause birth defects.

In conclusion, short-term use of prednisone is generally safe with appropriate dosing.

What happens if you stop prednisone abruptly in cats?

Signs of an adrenal crisis in cats include:

How long does it take prednisone to work in cats?

Once the drug is in your cat’s system, it will take between one and two hours to start working.

You should give prednisolone to your pet with food to prevent stomach upset. If you are giving the medication once a day, make sure you do it at the same time each day.

If you are giving the drug twice daily, give it once in the morning and again in the evening.

The best way to wean your cat off prednisone is to taper the dose to an every other day schedule. If you simply stop giving prednisone, the cat will be suffering from a severe case of adrenal insufficiency and can even die.

To minimize side effects, prednisone should be tapered to the lowest effective dose. Generally, the slower you taper, the less likely your cat is to suffer withdrawal symptoms. Prednisone is typically not given for longer than 14 days consecutively.

Change your cat’s diet if it has an upset stomach while coming off of prednisone. Feeding a bland diet such as boiled chicken and rice can help to alleviate gastrointestinal problems associated with changing medication.

“I have a 13-year-old cat who has been using this for over 4 months. She has been on a low dose and it has worked wonders for her. She had a lot of trouble with her back legs and could not get up the stairs or jump on the bed. I was afraid she would have to be put down.”

“Our cat was diagnosed with kidney disease. The vet told us we had two choices: euthanasia or prednisone. We decided to try prednisone but were concerned about the side effects. However, our cat is doing very well and she doesn’t seem to mind taking it at all.”

“I have an old cat, who was diagnosed with lymphoma. He is on prednisone right now and doing fine. But I have read a lot of bad things about prednisone for cats.”

“I’ve only used Prednisone once for my cat with intestinal issues and it really seemed to help her. It’s a great product but I still don’t like giving it to her because of the side effects. She gets very lethargic while she’s taking it and also seems somewhat ‘out of it’. But other than that she seems fine while being on the Prednisone.”

“Prednisone was recommended by my vet for my cat who has a severe upper respiratory infection. He is not eating and drinking very little. He is 12 years old so I was worried about him being able to handle this medication but he seems to be doing just fine on it. The vet said his system will adjust to the medication after a week or so and he should be back on the road to recovery in no time. The medication is working well so far, although it did take nearly two days for him to start showing an improvement in his condition. I am hoping that he will get better soon.”

Conclusion of prednisone for cats

Prednisone is a steroid that can be used to treat cancer and autoimmune diseases in pets. It has many side effects and should only be given under the care of a veterinarian.

Prednisone for cats is typically prescribed for conditions such as inflammation, immune system disorders, and some types of cancer. It’s an immunosuppressant drug that reduces inflammation caused by an overactive immune system.

The main side effect of prednisone for cats is an increased appetite, which can lead to weight gain. Other common side effects include excessive thirst, more frequent urination, increased panting and sensitivity to heat. Minor side effects are possible but rare, including vomiting, diarrhea or constipation, decreased appetite, lethargy, and behavioral changes such as aggression or depression.

There is no recommended dose for prednisone for cats because the amount depends on the health condition being treated. Prescriptions are usually written with instructions on how much medicine to give at each dose and how often to give it.

In addition to its use as a treatment for cancer and other diseases, prednisone has been used to reduce pain in pets with arthritis or other chronic joint conditions. Prednisone can also be used as part of therapy for dogs with kidney disease or hepatitis.

To avoid any possible side effects, you should always follow the dosage instructions provided by your veterinarian. 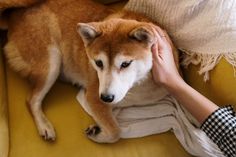