The fact that diet plays a large part in the formation of the teeth of all animals is indisputable. It is also a well-known fact that the condition of the teeth is often used as a barometer in determining the development of animals.

Sound teeth in dogs is usually an indication of normal, unretarded development, and diet is the greatest controlling factor in the production of sound teeth.

The thought of feeding the future puppies should run hand in hand with the thought of breeding the female. And the feeding of them should start at the moment of their conception. It is perhaps not practical to go back any further than this, but we must assume that the female herself has been on and is enjoying an adequate diet.

A diet containing a sufficient percentage of the materials which make up an adequate one should be supplemented by quantitative and qualitative additions to the feeding scheme of the female in labor.

The adequate diet mentioned above may be defined as one which supplies all the foods necessary for the maintenance and growth of the body. It may be easily understood that at different periods in the growth of the animal organism a different opinion as to what constitutes an adequate diet must be entertained.

The feeding of a dog who has attained his full growth resolves itself strictly into the maintaining of his body during its active daily function. This may be considered a relatively simple thing as compared with the feeding scheme for the promotion of the growth of a young body.

For example, large amounts of calcium and phosphorus and Vitamin D are necessary for the proper development of the teeth and bone and all the hard structures of the body. It is not meant that these elements may be dispensed with as soon as the ultimate in growth has been accomplished. But their availability may be considerably lessened after maturity.

A second variable factor in a diet is described above as “active daily function.” A dog closely kennelled does not need a diet rich in those elements that go to make up fat and muscle.

Whereas a dog that is relatively free to roam in a space of large dimensions does need these foods. He needs also foods that will stimulate the reparative function of the body in order to overcome the damage that is done during the period of hard exercise.

A third factor which causes a necessary variance in the diet of the dog is rest. Some dogs, even though closely kennelled, manage to get considerable exercise. These dogs require more of the dietary elements than dogs who are free to run but who manage to rest throughout a goodly portion of the day.

While the above may serve to illustrate the fact that an adequate diet must be a very elastic thing, it must be kept in mind that, no matter how the diet is changed to meet the requirements of the individual dog, there are certain iron-clad rules which cannot be deviated from. Particularly in the case of the teeth and bones, these rules must be adhered to.

To ensure the proper development of these structures, the diet must be substantially supplied with minerals and vitamins. The minerals most concerned in the development of the teeth are calcium, phosphorus, and potassium. Of these, the two first mentioned are the more important.

After the tooth is erupted and fully formed there cannot be any additional deposition of calcium or phosphorus, nor can there be any retrogressive changes other than those above.

Two investigators, doing experiments on teeth extracted from humans, have shown that the amount of calcium and potassium and phosphorus is the same in decayed teeth and in teeth that showed no decay. They note, however, that the molecular arrangement is somewhat different.

The vitamins most concerned with the development of the hard structures of the body are A, B, C, and D. Of these C and D are the more important. Particularly vitamin D should be supplied in sufficient quantities in cod liver oil to ensure proper growth of the teeth and bones.

From the foregoing, it may be readily seen that the important time to apply the rules about adequate diets during the two-months’ formation period while the female is carrying the puppies and during the first nine months of the puppies’ existence.

As has been said before, the dietary care should not stop here; but a slight error after nine months will not be so severely felt as during the first few months of the dog’s existence.

It has been my observation that the structures surrounding the teeth are more notably neglected than the teeth themselves. Inasmuch as they are so closely related to the teeth, they deserve the same attention.

Inflammation of these soft tissues and the bone surrounding the teeth can result quite easily from tartar deposits; soft, flabby tissues will result from lack of stimulation due to foods that are too soft and mushy.

A dog adequately supplied with soft bones that he can chew and shred up is in the same fortunate condition as the human who chews celery, raw cabbage, bread crusts, apples, etc. The dog must be supplied with these natural toothbrushes, as there are few of us equipped or able to clean the teeth and massage the gums.

Food especially to be desired is that which the dog must tear loose from bones. Rib bones with a goodly supply of nutrient meat on them furnish the dog with a means of exercising his mouth, stimulate his digestive juices, and supply some of his nourishment.

Sound teeth and gums are an important factor in the maintenance of good health throughout life. Knowledge of the factors which can affect the health of your pet’s teeth should help to prevent problems occurring as the animal ages.

The general health of the puppy or kitten at the time permanent teeth are forming in the jaw can be reflected in the state of the teeth when they eventually erupt at the age of 4 months.

Animals that have had a grossly inadequate diet, have been deficient in calcium or have suffered a severe disease, such as distemper or feline enteritis, often have irregular teeth, mottled brown in color and with an irregular covering of enamel.

Some breeds of dogs are prone to retain their temporary teeth instead of shedding them completely by the age of 6 months. Small breeds such as miniature or toy poodles, Maltese, silky and Yorkshire terriers and Shetland sheepdogs are all commonly affected.

These retained teeth crowd the developing permanent teeth so that they are pushed into abnormal positions. Unless the temporary teeth are removed shortly after the age of 6 months, permanent distortion of the bite can occur.

Dietary habits acquired at an early age have a great bearing on the future health of the teeth and gums. With the widespread use of canned or packaged food, most modern pets never have to tear or chew or gnaw their food to render it able to be swallowed.

The exercising of the jaws and chewing large resilient portions of food massages the gums and removes any food residues from both surfaces of the teeth.

After eating biscuit-type foods or soft meats, today’s sophisticated pet often has food particles remaining in crevices not easily reached by the tongue. The breakdown products of these residues and the lack of mechanical removal lead to the laying down on the teeth of a scale or tartar.

The scale is a yellowish-brown granular deposit and is usually first seen at the gum tooth margins of the upper molars. It then extends to the canine teeth and can be so extensive as to cover both surfaces of every tooth.

The gums tend to become inflamed and recede so as to expose more and more of the tooth. Usually, by this time the breath is foul and the animal may salivate and be reluctant to chew.

Eventually, infection gains entrance to the sockets of the teeth through the exposed roots and the teeth become loose and either fall out or have to be extracted.

From an early age try to encourage the puppy or kitten to use its teeth for chewing and gnawing. Provide pieces of meat such as heart or ox cheek or gravy beef insufficiently large pieces to make the animal chew before swallowing.

A raw bone once or twice a week will encourage it to use its large molar teeth and thus help to keep them clean. Cooked bones, especially chop and chicken bones, are not recommended as they tend to fragment into small pieces which may irritate the bowel.

Once the scale has built upon the teeth, the gums tend to become sore and the dog or cat will not readily start to chew bones. Efforts to remove the scale with a toothbrush are not likely to succeed and it is necessary to seek veterinary assistance.

The animal is sedated and the scale carefully removed from each tooth using a specially designed instrument or an ultrasonic machine. In some animals in which it is too late to encourage a change of eating habits, it is necessary to scale the teeth every 12 months. 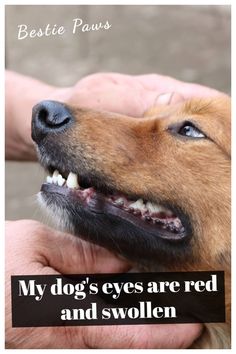 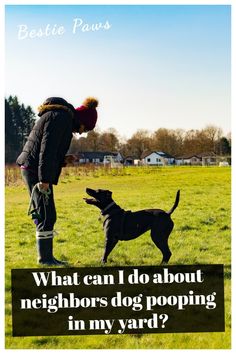 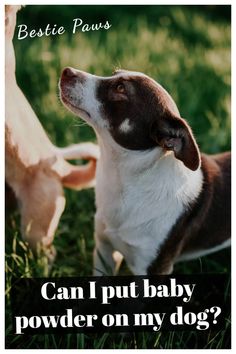