The ear flap, or pinna, is often injured in dog fights. This structure is well supplied with blood vessels and so bleeds profusely.

As a dog tends to shake its head vigorously when an ear is damaged, it soon covers everything in the vicinity with evidence of the fight. Wounds are best sutured as soon as possible before swelling and infection jeopardize the success of the surgery.

The ear flap sometimes becomes swollen, although without external signs of damage. A soft swelling containing fluid trapped between the ear cartilage and the skin develops as a result of damage to one of the larger blood vessels inside the ear. The ear becomes heavy and the dog tilts its head to the affected side.

Very often this is a self-induced injury, caused by the dog vigorously scratching its ear with its powerful hind legs or when shaking its head by striking a chair leg or low table with the ear flap.

The veterinarian checks inside the ear to find the source of irritation before draining the accumulation of blood clots and serum within the flap. Special measures are necessary to prevent permanent distortion of the ear cartilage.

A common minor problem that crops up every autumn is the appearance of blood-encrusted sores at the tips of erect ears or at the base of pendulous ears. The cause is a large blood-sucking fly that can be a source of considerable annoyance until it disappears with the onset of cold weather.

The only preventive measure possible is to smear fly repellent cream on to the ears each morning. Repellent sprays suitable for humans are not satisfactory, as most dogs resent the aerosol spray.

During the summer months, grass seeds entering the ear canal are a common cause of intense discomfort to the dog. Breeds with long ear-flaps and dense hair-covering are most vulnerable. Cocker spaniels, poodles and Afghan hounds are most often affected. Pets that return from a run in long grass holding their head on one side should be examined.

Dogs with floppy ears covered by long hair are most likely to suffer this painful experience. The seed attaches itself to the hair in front of the ear and the swinging action of the ear flap conducts it into the canal.

The dog immediately shows signs of discomfort by yelping, holding its head on one side, and rubbing its ear on the floor. As the seed quickly disappears into the depths of the sensitive ear canal the veterinarian usually has to give the dog a short-acting anesthetic to remove the seed.

In most cases, the seed will have already disappeared into the ear canal and the veterinarian requires a special instrument to examine the ear thoroughly. Attempts by the owner to float the seed out of the ear with mineral oil will be fruitless as the construction of the grass seed prevents it from moving backward. In most cases, the veterinarian has to sedate the dog to remove the seed, as the ear canal is extremely sensitive and the seed is usually close to the eardrum.

Owners can minimize the likelihood of ear infections or grass-seed penetrations by removing the long hair from the ear canal and keeping the surrounding hair short during the summer months. Over-zealous cleaning of the ear canal with cotton buds probably makes the ear more liable to infection by irritating the delicate lining of the canal.

Infections of the ear canal

Infections of the ear canal are a common cause of more chronic ear problems.

Again it is long-eared dogs, such as spaniels and poodles, that are more prone to develop infections, because the ear canal in these breeds is virtually closed and the moist warm conditions favor the growth of bacteria and fungi.

Dogs with fully erect ears seldom suffer from bacterial ear infections as the ear canal in these breeds is straight and relatively wide.

Fortunately, most bacterial ear infections can be controlled with modern combinations of antibiotics and fungicidal agents. Cases not responding to treatment sometimes require surgery on the ear canal to establish better drainage and ventilation.

With long-haired dogs, it is important to keep the ear canal free of matted hair as accumulations of hair and wax act as a foreign body inside the ear and encourage bacterial infection.

Young kittens and puppies frequently suffer from infestation with ear mites. These are small round-bodied insects with very short legs that complete their life-cycle within the ear canals of dogs and cats. They do not burrow but feed on the external layers of the skin and produce marked irritation. The dog reacts by vigorously shaking and scratching its head.

Usually, a dark exudate is formed as a result of the irritation, and this blocks the ear canal and provides a further haven for the mites. Treatment using insecticides in an oily base is effective provided the accumulated debris is first removed to allow the medication to penetrate freely.

Owners should be careful when attempting to clean their dog’s ears. Too vigorous probing with cotton buds can injure the sensitive lining of the ear canal and predispose it to infection. Gentle wiping of the external portion of the ear with cotton wool, moistened with olive oil or baby oil, is all that is necessary.

It is wise to ask your veterinarian to inspect the ears of your kitten or puppy for the presence of ear mites at the time of routine vaccination.

Ear problems are more common in certain breeds of dogs. Dogs with long pendulous ears are far more prone to ear infections due to the restriction of ventilation and drainage of the ear canal.

Dogs such as poodles and Old English sheepdogs have thick hair growing around the opening of the ear and this frequently becomes matted in the canal. Secretions of wax and ear discharges are trapped and a foul-smelling mass accumulates which acts as a source of further irritation and a reservoir of infection. Medication applied to such an ear has no chance of being effective, as it does not adequately penetrate into the deeper parts of the canal.

Infections of the ear are usually caused by a mixture of bacteria and fungi. The warm, humid conditions within the ear favor a build-up of certain types of bacteria which often resist single antibiotics.

Inefficient treatment of infections removes some susceptible bacteria but encourages an overgrowth of bacteria resistant to the antibiotic treatment used. Even if a broad-spectrum antibiotic effective against all the bacterial population is used, fungi remain which can flourish unchecked by the restraints usually existing in the mixed microbial population.

Efficient treatment, therefore, requires the removal of accumulated deposits of hair and wax, thorough but gentle cleaning of the canal and regular application of ear drops or ointments which are effective against both bacteria and yeasts and fungi. 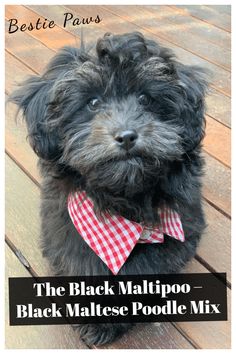 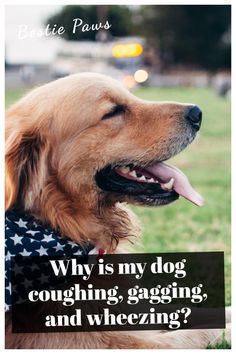 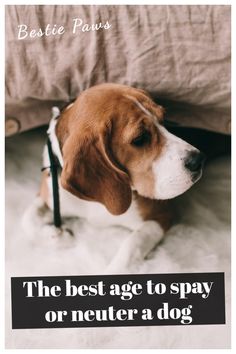