The dog shows obvious discomfort by shaking its head or by holding the head to one side and rubbing the ear along the ground. The dog continually scratches the inflamed ear, thereby increasing the inflammation. The ear feels hot, the lining is reddened and the dog may show some signs of deafness.

The most common causes for head shaking and ear scratching in dogs are easily treated by your vet once diagnosed.

Puppies may develop an irritating form of ear infection caused by ear mites. These mites are small insects that inhabit the ear canal and produce an intense irritation. The puppy vigorously scratches and shakes its head producing more damage to the lining of the ear.

The ear canal becomes filled with a reddish exudate which can be difficult to remove unless the dog is anesthetized. Whole litters of puppies are affected and the infection can persist into later life. Older dogs can develop ear mites, usually after playing with an infected puppy.

Treatment of ear mites is simple once the ear canal has been cleaned. Oily drops containing an insecticide quickly control the mites. Apparent failures occur when the ear canal is so filled with the waxy exudate that medication is unable to penetrate deeply inside the ear canal.

Infected puppies should be isolated from other dogs until their condition is fully resolved to prevent spreading the ear mites to other dogs.

An acute ear infection involving the external tissues of the ear commonly occurs in the summer months. The dog may suddenly begin to shake its head and scratch an ear. Usually, the affected ear is held lower than normal.

An examination inside the ear flap reveals an intense reddening of the tissues often accompanied by a foul-smelling thin exudate. The tissues quickly become painful and the dog resents any handling. This condition is usually caused by a Staphylococci bacterial infection.

Prompt veterinary attention is necessary for acute ear conditions as it is vital to begin the correct treatment before too much damage is done to the sensitive ear tissues. As the condition commonly occurs in the summer months, the possibility of a grass seed lodging in the ear canal must be eliminated.

Treatment is aimed at reducing the intense irritation with the use of anti-inflammatory ointments combined with an appropriate antibiotic. The sedation of the dog is usually advisable in the early stages of treatment to avoid the dog rubbing the ear.

Antibiotics are also administered by mouth to prevent the bacterial infection from spreading to surrounding tissues.

Yeast infections are most common in dogs who swim or are given regular baths. Thankfully, this type of infection is easy to recognize, but it usually means there is an underlying medical issue. This could be allergies, a small tumor or damage to the inner ear.

The classic signs of a yeast infection in the ear are pawing or scratching at the infected ear, shaking of the head, a waxy discharge or scabbing where the dog has scratched.

The shape and temperature of a dog’s ear canal provide the perfect conditions for yeast to thrive. If not treated quickly, you may notice that the infection spreads to other areas of the body, leaving the skin itchy, red or flaking. Yeast infections also have a distinctive and unpleasant odor.

A yeast infection in the outer ear usually only causes mild discomfort and is easily treatable with antibiotics, however, if not caught quickly it can spread to the middle and inner ear. Once the inner ear is infected, the dog is at risk of more serious conditions such as poor balance and deafness.

The most common ear condition encountered in veterinary practice is the chronic infection of the external ear in dogs with long pendulous ear flaps. This condition, commonly called “Canker”, is not a simple disease entity in itself and therefore does not have a simple solution.

It is an aggravating and often painful condition in which the lining of the ear becomes inflamed as a result of blows, accumulation of wax, dirt, and other foreign substances, ear mites, dry eczema, soapy water or general neglect of the ears.

Any treatment must be very gentle and patiently applied. Cleanliness should be of the first consideration. All scabs, discharges, and matted hair should be removed without delay.

This is not by any means easy, as quite often a considerable amount of bathing with a warm solution of borax is necessary before the sticky mass softens and comes away.

If the canker is very bad, it is better to consult a veterinary surgeon, as touching the ear often causes intense pain and resentment, and the owner may do more harm than good in attempting to probe it.

Other factors such as the presence of plugs of hair in the ear canal or small foreign bodies such as burrs or grass seeds may abrade the lining of the ear canal and encourage the invasion of the organisms already present within the ear.

Treatment is usually sought when the dog begins to shake or rub its ear frequently or spends long periods scratching its ears. Examination of the ears with an otoscope reveals a mess of dark, waxy deposit covering the entire surface of the external canal.

When this is removed, the skin lining of the canal is reddened and swollen, and if the condition has been present a long time, it may be so thickened that the canal is almost obliterated.

The ears must be thoroughly, but very gently, cleaned. Accumulations of matted hair must be removed and the hair plucked from the tissues surrounding the external ear to avoid future penetration into the canal.

It is usually necessary to do this under anesthesia. An ointment is then instilled into the depths of the ear and repeated applications are carried out once daily until all signs of irritation are eliminated.

Vigorous cleaning of the ear canals with cotton buds should be discouraged as this serves only to irritate the already damaged tissues and encourage further infection.

Prompt attention to ear infections early in the dog’s life should lessen the possibility of the development of chronic ear diseases.

Biting flies that attack the tips of the ears of dogs are active at the moment. These large blood-sucking flies remain a problem until the cold weather arrives. They are particularly worrying for dogs with large, erect ears, such as German shepherds or cattle dogs.

A thick black scab builds upon the tips of the ears, under which the skin can be quite raw. The scab should be removed with gentle bathing in water to which a little bicarbonate of soda has been added.

Your veterinarian can provide you with a soothing ointment to heal the inflamed tissues, and a fly-repellent cream to be applied each morning.

This condition is caused by a bacterial infection and can be very difficult to treat due to the bacteria’s resilience to antibiotics. Pseudomonas aeruginosa are what is referred to as gram-negative bacteria. These bacteria can survive in severe conditions and trigger the production of cytokine. This causes an immune response within the body leading to inflammation.

As with other ear infections, a pseudomonas infection will present with lots of head shaking, ear scratching and redness within the ear, however, there may also be ulcers present in the ear due to this type of infection.

Treatment cannot begin until a culture has been run by a veterinarian. This will show which antibiotics the bacteria are sensitive to. In this instance, the vet will prescribe a high dosage alongside more commonplace antibiotics to ensure all bacteria is completely removed. If even a minute number of bacteria remain, the infection will return in a more severe form and will be more difficult to treat.

It is vitally important to keep the ear clean of wax, pus and discharge as these are materials that create the necessary conditions for the bacteria to survive. In extreme cases where the ear canal is swollen or blocked, a veterinarian will recommend a general anesthetic to flush the ear completely clean without causing any pain to the dog. This ensures that the liquid medication can be absorbed into the skin more efficiently. 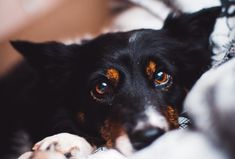 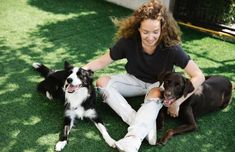 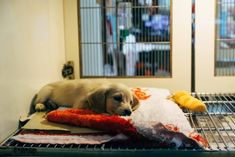 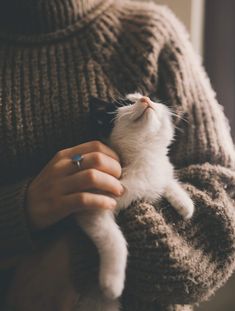 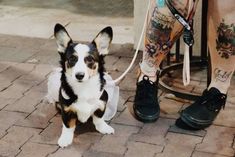