All breeders or prospective breeders should be aware of two potentially serious conditions affecting the recently whelped bitch. Both are serious conditions requiring urgent veterinary attention and there still exists some confusion in some breeders’ minds about the causes.

How do I know if my dog has milk fever?

Eclampsia or milk fever occurs typically between 1 and 4 weeks after whelping. The bitch is in perfect health and the puppies are well-grown and have very healthy appetites.

What causes milk fever in dogs?

The cause of these alarming symptoms is the lowering of the blood calcium level. The demands of pregnancy and subsequent feeding of the puppies have made great inroads into the calcium reserves of the bitch.

If these have not been supplemented with adequate levels of calcium in the diet, the bodily reserves of calcium may eventually be so depleted that the calcium level in the bloodstream falls below a critical point and the symptoms of hypocalcemia, described above, occur.

In very large litters in large breeds of dogs, or in very small dogs with large demanding puppies, the loss of calcium in the milk cannot be made up fast enough from the bitch’s calcium reserves and a sudden fall in blood-calcium triggers milk fever symptoms.

What can I give my dog for milk fever?

Treatment is fortunately dramatic in its effectiveness. An injection of a calcium solution revives the bitch within minutes.

It is absolutely vital that this injection is given intravenously because the bitch’s circulation is so poor that very little calcium will be absorbed by any other route of administration. Under no circumstances should anything be given by mouth, because the swallowing reflex is affected.

Adequate levels of calcium carbonate should be provided in the diet and supplementary feeding of the litter should be considered to limit the further demands on the bitch.

How do you prevent milk fever in dogs?

Calcium is an essential component of the diet at all stages of a dog’s life.

The puppy, the pregnant and nursing mother, and the very large breeds all require special consideration. After weaning, the rapidly growing puppy relies on its owner to provide it with proper amounts of calcium.

Fortunately, most modern dog foods provide an adequate amount of calcium with the correct ratio of calcium to phosphorus. Occasionally veterinarians see cases where the correct calcium requirements have not been met.

Diets composed almost entirely of meat and liver can lead to problems. These foods contain large amounts of phosphorus and relatively small amounts of calcium.

Calcium is a very important element in the dog’s diet. Pregnant and nursing dogs require an adequate supply to ensure that their puppies develop a proper bone structure.

Puppies after weaning require a diet high in calcium. Puppies with incorrect ratios of calcium to phosphorus can develop defects in their bone structure.

Lameness first occurs and gradually becomes more severe until the puppy is unable to run and jump, and fractures of its long bones readily occur. Its general growth is stunted and the development of its teeth is badly affected.

The diet of puppies should include a good quality commercial dog food as well as meat, some form of milk either whole or dried and a calcium supplement preferably in the form of calcium carbonate.

Some dogs cannot tolerate milk, and chronic diarrhea results if it is included in the diet. It is probable that a deficiency of an enzyme which is essential in the digestion of the lactose fraction of the milk is lacking in these dogs. It is important to supply an alternative source of calcium in dogs that refuse or are unable to tolerate milk.

Unfortunately too much calcium supplementation can also be harmful. The feeding of massive amounts of calcium salts together with a diet too high in energy sources and protein can cause excessive bone being deposited in the joints of the legs, producing a severe lameness.

The condition has most often been seen in the very large breeds of dogs where owners have been encouraged to guard against a possible deficiency in their rapidly growing puppies by feeding excessive amounts of calcium supplements and even going to the extent of administering regular calcium injections.

The precise calcium needs of the growing puppy can be calculated according to the amount of meat and other forms of food used. Your veterinarian is best able to advise on the correct amount of supplement required and the best form to use.

A diet relatively low in calcium often occurs in pampered dogs that refuse to drink milk during pregnancy and which will only accept whole meat meals.

Fortunately, many dogs become so ravenous after they have delivered their puppies that they forget their food fads and accept a more balanced ratio. The same rules of supplementation apply to the pregnant dog as to puppies. The correct calcium to phosphorus ratio must be maintained.

Nursing mothers have difficulty in absorbing enough calcium from their daily intake of food to make up for the loss of calcium to the puppies via the milk.

The body reserves of calcium are steadily depleted and in the case of a small dog feeding a large litter, a point can be reached where calcium cannot be mobilized quickly enough and the blood-calcium levels fail.

Lowering of the blood-calcium level produces dramatic symptoms. The dog first begins to breathe very rapidly, becomes weak on its legs, and if untreated, is unable to stand and can eventually lose consciousness.

Fortunately, an intravenous dose of calcium quickly reverses the condition and the dog returns to normality within a few minutes. The most common time for this eclampsia or milk fever to occur is about three weeks after the puppies are born.

Proper supplementation of the bitch and the speeding up of the weaning process of the puppies usually prevent the condition from recurring. The calcium reserves of the bitch are not restored until well after the puppies are taken from her, so extra calcium should be supplied for some weeks.

The second postnatal problem also can occur very suddenly. Mastitis is an infection of the mammary gland which, in many cases, is caused by the staphylococcus group of bacteria.

The bitch suddenly resents the puppies suckling from a particular gland, it is reluctant to move or eat, and the affected gland feels very hard and hot. The dog is usually running a high fever and is in considerable pain.

Veterinary attention should be sought without delay as the infection can spread to other tissues and a life-threatening septicemia may develop. As the bacteria usually resist penicillin, broad-spectrum antibiotics are required.

Very often the infection has damaged the blood supply to the affected mammary gland and an abscess develops which ruptures to the outside, leaving a large hole in the mammary tissue. Although this process looks alarming, the bitch is often much relieved because its fever quickly subsides and much of the pain disappears.

Once a bitch has had mastitis it is wise to consult your veterinarian before the next pregnancy, because a prophylactic course of antibiotics during the first week of pregnancy may prevent a recurrence of the problem. 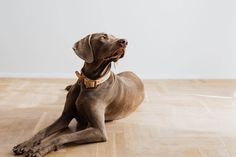 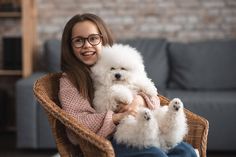 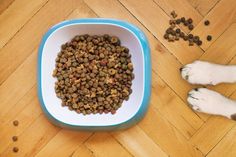 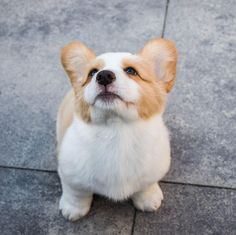 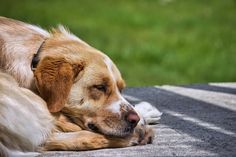