A full discussion of pet psychiatry is beyond the scope of these articles. There are some common abnormalities of pet behavior that have become better understood and for which some simple remedies are available.

Normal puppies will tend to welcome all humans they meet. They wag their tails or lick anyone that pays them any attention. Gradually they become more selective and by the age of 6 to 9 months may be really affectionate only with members of the household.

Puppies that are not sold until they are over 3 months of age, or come from pounds or kennels, may never have learnt to socialize with humans or adapt to a human household. These puppies may be extremely nervous and suspicious or may be aggressive.

When selecting a puppy, try to find one about 6 to 8 weeks old and one which tends to come forward and respond to your advances. Be wary of the cringing, snapping puppy as these may have difficulty in ever adapting to your family situation.

Male dogs tend to develop more behavioral traits than females. A male requires at least four limes more territory than a female, who is usually quite content to adopt the house and garden and its immediate surrounds.

If there are large numbers of males confined in one small suburban block, territorial jealousies are much more likely to be exhibited. Such traits as aggressive behavior to other dogs and tradesmen, child biting, chasing of cars and excessive barking and over zealous marking of territory are all related to overcrowding and hypersexuality of male dogs.

Desexing of male dogs reduces the extent and degree of most of these anti-social acts. However even in the desexed animal abnormality of behavior can occur as a result of overcrowding, inbreeding, under-exercise and failure to train the animal from an early age.

In the past, problem dogs that did not respond to desexing were either locked up all day, thus exacerbating some of the factors that brought about their antisocial behavior, or were destroyed.

Many aggressive or hyperactive car chasers respond to treatment with a hormone, medroxyprogesterone. This is often used in combination with other progesterone preparations in fairly high dosages over short periods. The mode of action is not related to the anti-male hormone effect, but to the action of the drug in certain key centers within the brain.

Certain problems in cats respond favorably to MPA treatment. Urine spraying by males inside the house or in the vicinity of doorways during the mating season or as a result of the intrusion of new males in the neighborhood usually is controlled with one injection.

Excessive sucking of blankets or bedding, the end of the tail, toes or forearms are common traits in pedigree cats. These can usually be eliminated with MPA treatment. Strangely, the habit of Siamese to suck or eat wool blankets does not seem to respond to hormone treatment.

As mentioned at the beginning, this is not meant to be a complete discussion of the complex field of animal psychiatry. It is intended only to point out that some of the anti-social and abnormal behavior of pets can be explained and it is worthwhile discussing these problems with your veterinarian.

Of course, not all personality traits can be simply changed. There is a complex interaction between the animal’s natural behavior and the abnormal restraints imposed by suburban living. Sometimes the animal’s behavior is a reflection of the tensions imposed by abnormal human behavior. 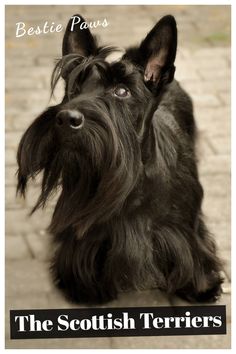