The brown dog tick whose technical name is Rhipicephalus sanguineus has become an increasingly severe problem in recent years. Several forms of the same tick are seen, which often leads to confusion as people tend to think different species are involved.

A careful study of the life cycle diagram will show several different life stages. Adult female ticks engorged with blood are large and easy to find (11 to 12 mm by 6 to 7 mm). They are grey or brown in color, firm to touch, like sacs of fluid and have four pairs of short legs.

Adult males are much smaller, almost triangular in shape, with relatively longer legs and are reddish-brown in color. They are often found attached at the same site and in close approximation to the females.

Nymphal ticks are much smaller (1 to 2 mm) as are freshly hatched larval ticks (0.5 to 1 mm) which may be seen crawling out of cracks and down walls. Larval ticks have only three pairs of legs.

More than a dozen species of tick exist in the U.S. which may infest dogs, from time to time. However, most will only infest their specific host. Thus it is that the brown dog tick, Rhipicephalus is the one generally found on dogs. Of particular interest is the paralysis tick (Ixodes holocyclus) which is generally found on native fauna but can infest dogs causing paralysis and death.

Engorged females drop from the dog, and are often seen crawling across floors and up walls seeking concealed places to lay their eggs. One tick may produce about 3,000 eggs and then dies. The eggs hatch in about two and a half weeks in warm weather, or up to nine weeks in cold weather.

Adult females feed on the dog for several weeks before dropping off to lay eggs and die. They can survive for up to nineteen months without feeding. The minimum time before adult ticks appear on a dog after an engorged female has dropped off is about six weeks and the maximum time about two years.

Thus if an area is contaminated with ticks it is likely to remain infested for quite some time.

Ticks affect dogs by sucking blood, causing skin irritation and infection, and generally worrying and annoying the dog. Some allergic skin conditions are initiated by tick infestation. They are also of course a great nuisance to dog owners who find ticks in their houses. In overseas countries, dog ticks help the spread of several diseases.

The aim of any parasitic control system is to break the life cycle of the parasite. In the case of the brown dog tick, the best method appears to be in killing ticks on the dog by chemical washes. 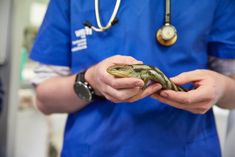 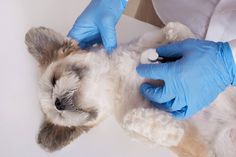 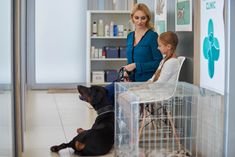