If your dog is suffering from liver failure, it can be a rollercoaster of emotions. Some days will be much better than others, so many pet owners will go back and forth with the decision to put their dog to sleep. So, when is the right time to euthanize a dog with liver failure?

Dog liver failure when to euthanize

Both early and middle stage liver disease can be managed and your dog can still experience a good quality of life. As the disease progresses to end stage, your veterinarian may suggest euthanizing your dog as an option due to the severity of the symptoms.

Your dog is in pain, and in the end stages of liver failure, that pain will increase dramatically. However, it’s really only when the toxins begin to build up in the brain that things turn truly horrible. The dog becomes disoriented and confused. He may become restless and agitated, or he may just lie there staring into space, perhaps whimpering softly. It’s a terrible thing to see an animal suffer like this and you have to decide whether to prolong his life by keeping him on intravenous fluids or whether to put him down.

The most important thing is to consider your dog’s quality of life. If he is experiencing pain or discomfort that cannot be managed, or if his condition is affecting his behavior in a negative way, then it may be time to say goodbye.

If your dog is no longer able to enjoy the activities he once loved, such as eating and playing, then this is also a sign that euthanasia should be considered.

On bad days, it may seem time to say goodbye, but on the good days, you may feel guilty for considering it. When your dog is experiencing more bad days than good, it is time to seriously consider letting them pass with peace and dignity.

What are the stages of liver failure in dogs?

Liver failure may occur slowly over weeks or months. In cases where a dog eats something toxic, liver failure can occur in as little as 24 hours.

There are 3 stages of liver failure, each with their own challenges.

Dogs with early stage liver disease may show mild symptoms but these can typically be managed with diet and medication. Your dog may appear lethargic and less active than normal. Vomiting is to be expected due to inflammation of the liver. He may become a fussy eater or eat less than normal.

As the disease progresses, your dog will begin to exhibit more serious symptoms as his body struggles to cope with the build up of toxins that the liver normally breaks down. At this stage, you may notice your dog developing jaundice, a condition that makes their skin and whites of the eyes appear yellow. You may also notice abdominal swelling due to fluid build-up around the organs.

The most severe symptoms will occur during end stage liver failure. Neurological effects such as loss of vision, disorientation and seizures will become more frequent. This is due to the build up of toxins reaching a point that affects the normal function of the brain. A healthy liver produces blood clotting factors. Dogs with end stage liver failure will not form blood clots properly, so simple cuts can be life threatening.

How can I help my dog with liver failure?

Even if your dog’s prognosis is poor, there are still lots of things you can do to help them feel better. Firstly, your vet will advise switching on to a low protein/high carbohydrate diet. This reduces the amount of ammonia in the dog’s bloodstream. This is important as the liver is responsible for removing ammonia. In a diseased liver, ammonia is not filtered from the blood and can build up, causing the dog to get sick.

Don’t feed table scraps to your dog, as human food could contain ingredients that will make your dog’s symptoms worse. Stick to natural treats like pieces of boiled chicken or veggies.

Keep up to date with your dog’s vaccinations. Certain diseases can cause damage to the liver including leptospirosis and hepatitis.

Treatment for the liver disease includes prescription dog food to prevent certain neurological symptoms, food supplements that may slow down the progression of the disease and medication to control symptoms such as nausea and inflammation.

How long does a dog live with liver failure?

Life expectancy varies depending on how far the disease has progressed and how well your dog responds to treatment. If caught early, your dog may live comfortably for a year or more.

Can a dog recover from liver failure?

The good news for dog owners is that liver failure is not always fatal. Your dog’s prognosis depends upon the severity of their condition and whether the cause of the disease can be treated.

If the cause of the liver failure is treatable and the damage to the liver is not advanced, the dog is likely to make a good recovery.

In cases where significant damage has occurred, the liver loses its ability to regenerate healthy tissue. At this point, the only treatment would be supportive care to make the dog as comfortable as possible.

In end stage liver failure, there is no recovery treatment. Management is planned to ensure the least amount of pain to the dog to maintain a good quality of life.

What is the best diet for dogs with liver failure?

In early stages of liver damage, the liver is still capable of metabolizing proteins. In this case, stick to a single protein source like chicken. It is easily digestible and metabolizes faster than other protein sources. You can also use plant-based sources like soya beans or kidney beans.

As the disease progresses, you should switch your dog over to a low protein diet, as their liver will no longer be able to metabolize a high protein content. Check the labels on your dog food. If you feed raw, reduce the protein portion and increase the carbohydrate.

What should dogs with liver failure not eat?

It is important to ensure you do not give your dog anything salty as this can lead to fluid retention. You will need to change your protein sources to something low such as chicken.

You should also be careful of the copper in your dog’s diet. This means removing ingredients such as lamb, pork, duck and most organ meats like heart and kidney.

Conclusion of euthanizing a dog with liver failure

When your dog has liver failure, you are essentially caught in a catch-22 scenario. You want to do what is best for your dog but at the same time understand that you don’t want him/her to suffer. As a pet owner, you can only make the best decision possible and hope that it was the right one.

It’s never easy losing a pet, and euthanasia is certainly not something you’ll ever look forward to doing. However, this is something you’ll need to face as a pet owner. When your dog has liver failure, it is important for you to know when the time is right to end their suffering.

You should be in close contact with your veterinarian so you can have them monitor the situation closely and keep tabs on things like quality of life, blood pressure, and other issues that can indicate the severity of illness.

As a general rule, if the quality of life starts becoming an issue, then it may be time to consider euthanasia as an option.

If your dog is suffering from liver failure and you have decided to euthanize, it’s a good idea to do so at home. Many times, a dog that has liver failure will also suffer from other liver-related symptoms like kidney failure or chronic diarrhea, so they may be in a lot of pain. By having the procedure done at home, you can make sure that your dog is as comfortable as possible right up until the end. 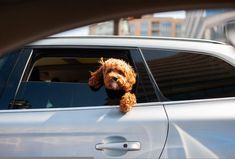 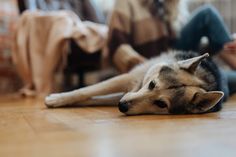